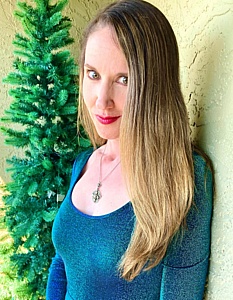 Cynthia’s previous books are The Floating World, a dreamlike novel set in Tokyo and published by Ballantine, and The Demimonde in Japanese Literature: Sexuality and the Literary Karyukai, an academic monograph from Cambria Press. She has written multiple articles for Salon and Electric Literature and has contributed fiction and nonfiction to The Mississippi Review, Witness Magazine, The Coil, B O D Y, Entropy, The Satirist, October Hill Magazine, The Ekphrastic Review, Asymptote Journal, storySouth, The Conversation and other publications.

Her current projects are The Snow Queen, a literary historical novel; Environmental Causes, an essay collection; and Difficult, a memoir about living with borderline personality disorder. For The Snow Queen, she received a Fulbright grant to conduct research in Poland about two distant cousins, Helena Marusarzówna and Stanisław Marusarz, who served as ski couriers in the Polish resistance during World War II.

Cynthia holds a Ph.D. in Comparative Literature from the University of California, Berkeley, for which she studied twentieth-century literature in Japanese, English, and Spanish. She earned her B.A. in Asian Studies from Amherst College. She has taught literature and creative writing at Berkeley and the International College of Liberal Arts in Kofu, Japan.

Born in Boston and raised in Massachusetts and Florida, Cynthia has lived in four countries and traveled widely. In addition to writing and teaching, she has worked as an editor, a model, and a hostess in Tokyo nightclubs. She has a background in dance and integrates dance and theater elements into public readings for her own work and that of her students. She is a firm believer in the healing powers of writing, art, and education, a central theme of The Snow Queen and Environmental Causes.

Currently she lives in Victoria, British Columbia, with her husband and their Bengal cat, Kuma, and teaches writing and literature at Royal Roads University and the University of Victoria.